Please join me in thanking and congratulating team MLA for organizing and participating in such a momentous event.

Following Prime Minister Abiy Ahmed’s campaign to plant 6 billion trees across the country this year as part of the national “Green Legacy” initiative, which aims at curbing the effects of climate change and deforestation, we proudly took part in planting trees for the second time at the Millennium Park Medicinal Plant Zone .

Besides our annual pro bono service program in which our lawyers generously provide hundreds of unpaid hours to assist disadvantaged clients and communities, we firmly believe our commitment to a sustainable corporate and social responsibility program is vital for us, and we promise to keep on doing it.

At MLA, we strongly believe that lawyers have a special responsibility to contribute to their society and their communities by providing pro bono legal services to underserved members of society. We are also cognizant of the 50-hours service requirement in recognition to the justice gap for those who cannot afford lawyers.

While our associates frequently find themselves assisting our fellow citizens without means in individual matters, we have also extended our assistance to serve governmental and non-governmental organizations. 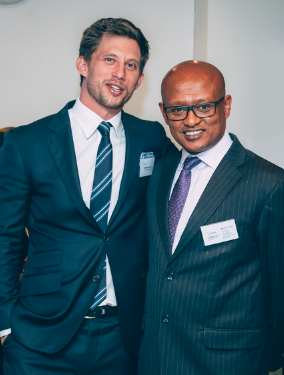 A few of the recent activities we have undertaken include:

Founded by Mehrteab Leul Kokeb, and a leading full-service law office in Ethiopia, and has over 20 years experience advising and representing clients on wide range of legal issues concerning business and investment in the country.